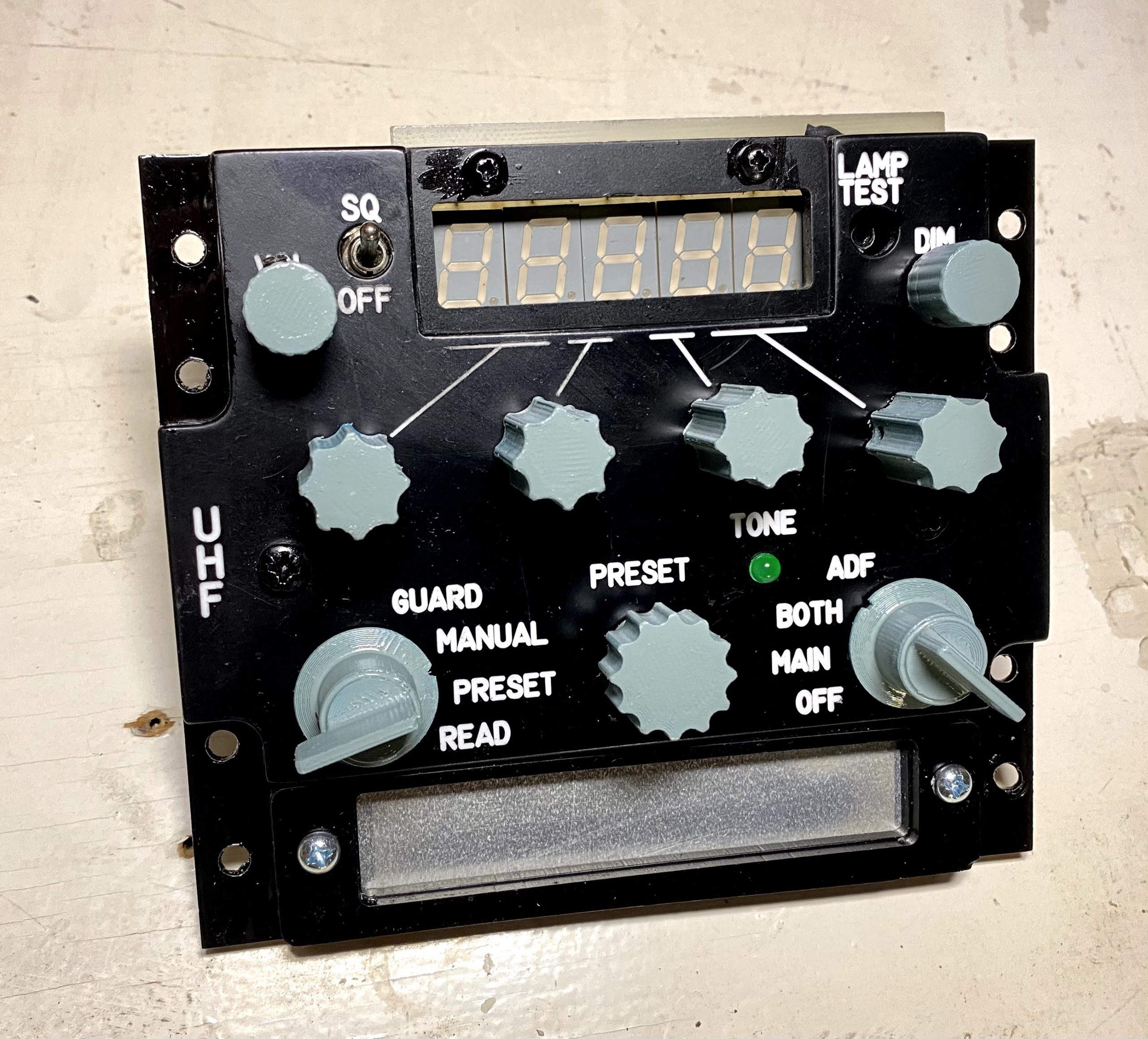 The ARC-159 UHF Radio was one of the very first panels I built for my first Skyhawk sim, back in the early 2000’s. Back then I didn’t have access to CAD/CAM CNC or even plastics, so it was all made with whatever materials I had at hand. The design was all done in Corel Draw 4, printed out 1:1 then taped onto each piece of material before drilling and cutting to shape with hand tools. The backplate was from aluminium saved from the scrap metal bin while the faceplate was 5mm MDF, with a paper print-out glued to the front. It worked ok, and has been in use, complete with the oldest Interface components in the sim; ACCIS which was the very first interface built by Simulation Hardware (who became Pacific Simulators – my current employer…)

Fast forward nearly 20 years and I have access to lots of cool technology. Luckily I had the original Corel Draw file for the ARC-159, so I imported that into Fusion 360 and created a new 3D CAD model of the faceplates while retaining the original layout for mounting hardware. This meant that I *should* be able to re-use the back plate which I had hand-made all those years ago. This time around I included the bezel for the display at the top of the radio which I hadn’t tried to make originally. To my surprise the faceplates did fit, with just a minor amount of fettling, which goes to show that my original design and manufacture was pretty good!
This time around I fitted all the remaining switches, which I didn’t have originally, and finished it all off with 3D Printed custom knobs.

Tonight’s mission (Sim Work Night!) is to get the final components fitted, then pull it all apart and paint it. Then I can move on to the TACAN and finally the APX-100 Transponder, and that will be my radios refurbished!