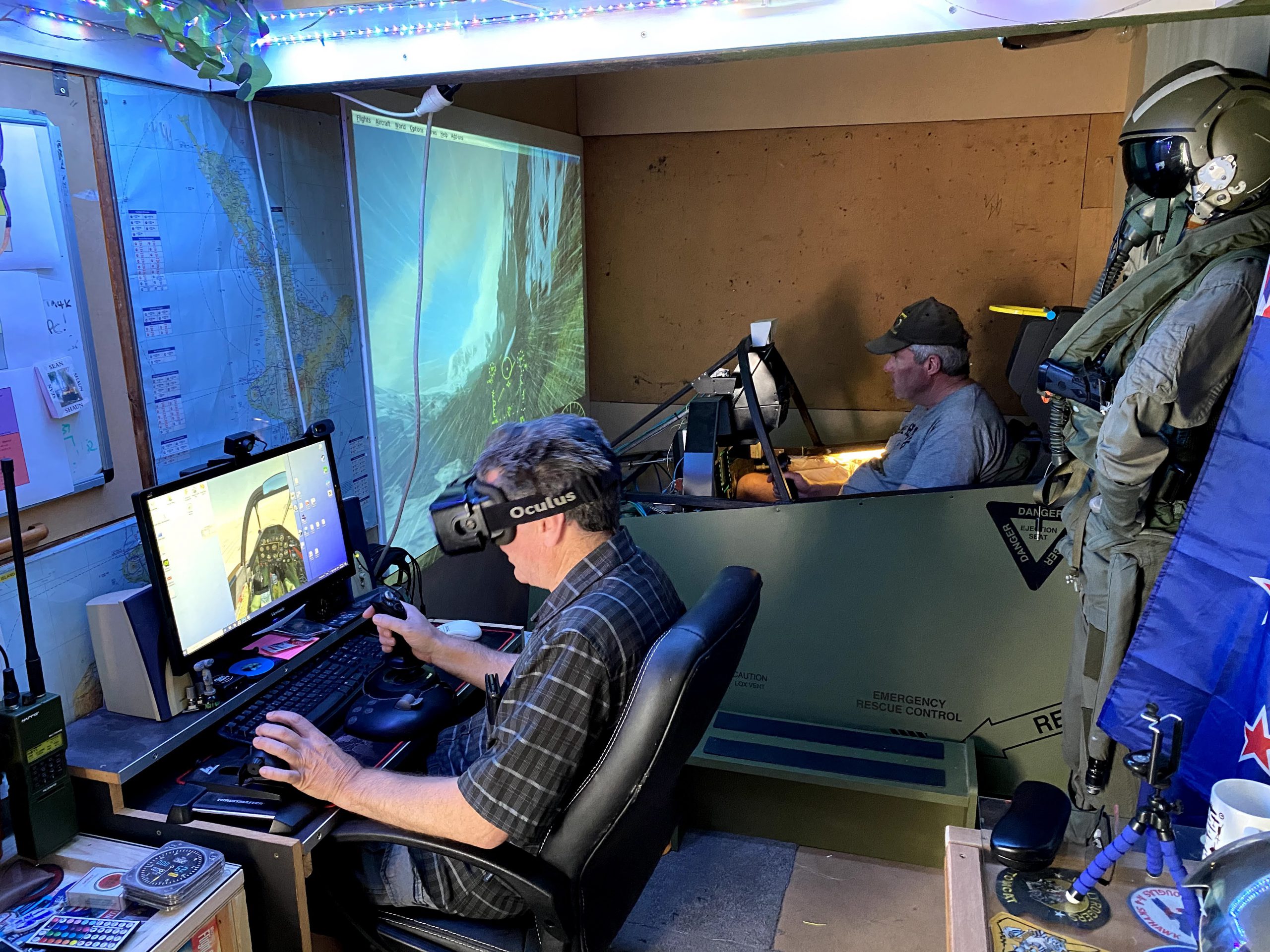 2020 was a strange year, a statement nobody will challenge. The COVID-19 pandemic, lockdowns, restrictions, and pay-cuts meant a lot of impact on my hobbies, both in terms of time, funds, and enthusiasm.
I did manage to knock a good number of items ticked off my ‘to-do’ list, with some interesting and unexpected side projects popping up along the way.
– TACOPS, my client/server sim tracking application went live, and is now running on all my ‘live’ sims.
– ’58 got another new stick and throttle, this time from a Suncom ‘Talon’. Converted to FSX:SE with TACPACK. ACCIS working on Windows 10.
– The Arrow finally got it’s elevator trim sorted.
– Garage/Workshop shift around started for the new and better layout.
– RNZAF AI Westland Wasp released
– HMNZS Monowai modelled as part of the RNZAF AI Project.
– FS2020 came out, some playing around with aircraft conversion.
– Aerofly FS2 – Automated Autogen/cultivation completed for NZ
– Sim Work Nights – worked well, until lockdowns intervened.

My sims had their first visit on January 4th, with Baz, Don, Nigel, Richard, and Findlay coming to play. 72 hours prior to the sim-visit none of the sims were operating in an acceptable manner for public consumption.


’58 was my primary focus for the visit, and she required the most work.  As it stood, there were no flight controls or throttle, the wiring was a huge mess, and not all the hardware was even connected.  Completing the flight control installation was fairly straight-forward, though time consuming.
With the flight controls connected, it was on to the wiring and cabling.  There was a lot of redundant cabling and even components which could be easily removed, allowing for the remainder to be tidily cable-tied and trunked. Not only was it nicer to look at, it is now much easier to trace any of the cables.

I had spent some time getting FSX:SE running on the sim PC, but hadn’t really done any interfacing of the hardware, so once all the hardware was connected and setup it was time to get cracking on FSUIPC interfacing, and LUA scripting to get Nigel’s gauges working with the cockpit hardware.  I went down the path of converting my old FS9 panel to FSX, which though it worked, I am not entirely happy with.  Everything was working well enough now, that I could work on less critical things.  The projector had for a long time been growing white ‘hot pixels’ as the micro mirror was slowly burning out, and I had planned to change it ‘at some point’… well 45 minutes prior to everyone arriving was probably not the best choice to do the switch.  Popped the new one up on the mount and it immediately blew it’s lamp…..  second projector up and running with mere minutes to spare!

The main reason Baz was visiting the ManCave was to have a look at DCS:World in VR, so the night before the visit I fired up DCS to get any updates out of the way before show-time.  This plan turned out to be an excellent life-saving idea; DCS simply would not run, or even update.   That evening became one of re-installing, finding, and installing mods, then mapping controls for the most likely aircraft to be flown during the visit.

The day of the sim visit came, and everything went surprisingly well, with everything working as well as I could hope for.  Baz was suitably impressed with VR, Don, as usual flew the hell out of the Skyhawk, and everyone had a go at Air to Air refueling the Hornet in VR, with varying levels of success and/or frustration.

As usual, the Arrow worked absolutely flawlessly, with Findlay logging lots of single engine GA time on the day!

After everyone had left and the dust settled I had a little review of where the Skyhawk was at;  I was pleased with the panel interfacing, the HUD/UFC and DU’s worked well, and got compliments from Don, but I was unhappy with the way the visual looked, and the odd scaling of the ‘visual’ pith versus the HUD ladder pitch.  I also was not all that happy with the stick, it feels too light and not accurate enough.  I need to see if I can tune the control response, or whether I need to increase the centring force to make it feel heavier.

The new year is a new opportunity to build on the good of last year and learn from the bad.  I really want to try and keep the ManCave tidy, it is a much more pleasant space when it is tidy.  I also want to get my regular ‘Sim Work Nights’ going again; they were an excellent motivator and made for good progress on a number of projects.