(Roughly in the order I met them……)

Brent has a collection of sim cockpit bits which he will one-day turn into a pretty cool generic sim.  He has a complete GoFlight console with 4-engine throttle quadrant, radios, gear and trim in his collection, as well as yoke, pedals and big TV’s… I’m sure there is a sim in there somewhere!

Owner of Ruscool Electronics, John manufactures a range of high quality electronic parts for home cockpit builders.  He also has an ATR72-500 sim, and a Bell 206 in the workshop.  http://www.ruscool.co.nz/

Ken has been building a Kingair 200 for some time, with lots of help from John.  The Kingair features 3 large TV’s for visuals, and a complete Garmin G1000 suite. 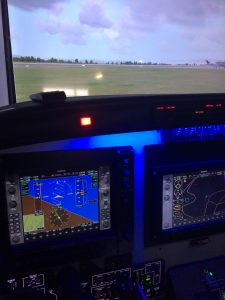 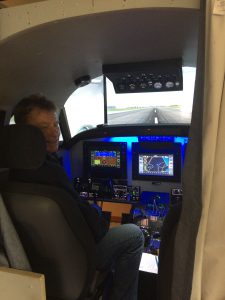 Nigel, master 3D Modeller and creator of the Frat Bros FS Addons, including the ‘Kahu’ Skyhawks, has a generic single seat sim, which makes good use of Saitek panels, and features some really nice finishing and attention to detail.  In addition to the sim he also has a Boeing 737 cockpit in his back yard, allegedly as a “playhouse” for his kids…. 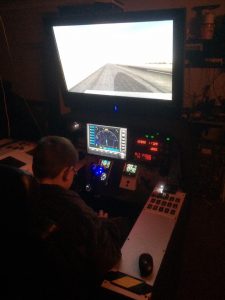 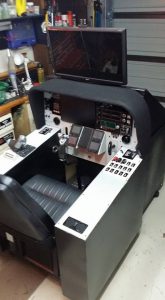 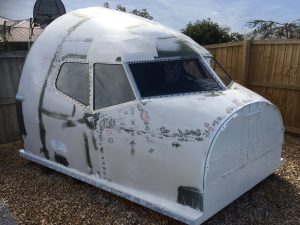 I met Les through John, and was amazed at his Cessna 177RG motion simulator, using home-built motion platform and force feedback yoke!  The sensation of flying this sim is amazing, the motion is so realistic turbulence feels un-real!

Richard is a petrol head…  He has a Race Car simulator, complete with high-end force feedback controls, race seat and even a genuine V8 supercar sequencial shifter!  The sim can be run with 3 large LCD screens, or with Oculus Rift for VR racing.
While he is a petrol-head first, he also has his head in the clouds, and is building an A-10C Warthog, running DCS:World. 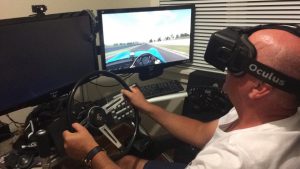 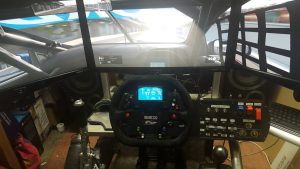 Another A-10c ‘pit builder, Emanuele is doing some amazing detailed work on his sim.  His Ejection seat alone is a work of art, and the attention to detail he is putting into is build is remarkable! 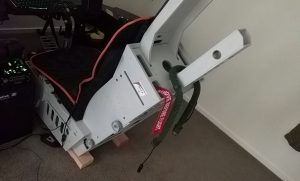 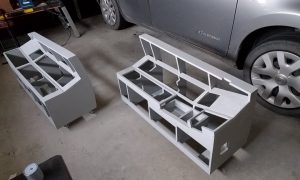