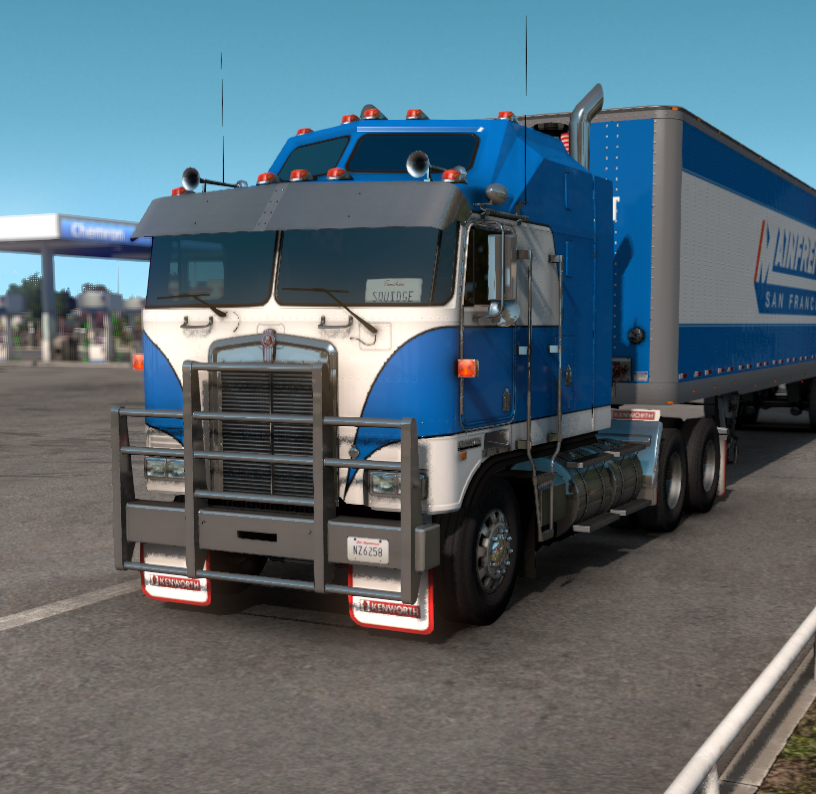 I am a long-time fan of truck simulators, starting years ago with ’18 Wheels of Steel’, through to today’s American Truck Simulator and Euro Truck Simulator. I enjoy the sense of achieving something, while passing through some great scenery. ATS was voted ‘Most Relaxing VR Experience’ in 2019, and it really is a great relaxing game.

I’ve enjoyed these sims, using a variety of controllers; keyboard, gamepad and FFB wheel. The biggest missing element of the virtual truck-driving experience has been the lack of a ‘shifter’. Sequential shifters just don’t give the same feeling… so, during my christmas break last year I dragged out a 6-speed Logitech shifter which I bought some time ago, and turn it into a replica of the Eaton-Fuller 18 speed ‘Range and Split’ shifter.

This gave me the standard 6 speed, plus reverse working, next up was to add the ‘split and range’ switches, for which I used a low-cost USB game controller interface from Aliexpress. As I’m only using 2 of the 12 supported inputs there is plenty of opportunities to add more truck controls in the future.

For the shift knob I had seen a number of 3D printable knobs on Thingiverse so after a downloading and comparing a few I settled on the one I liked, and set about printing all of the relevant parts.

The model I settled on was well thought-out and went together quite well, even having options for your favorite truck logo on the top.

I decided to use some switches I had, which led to the ‘splitter’ switch being positioned in an up and down position rather than the correct fore and aft… something I may look at replacing in the future.

With the IO completed, the knob parts printed, it was a fairly simple task to assemble everything, and test operation in Windows. Setup in American Truck Simulator took a little bit of trial and error, but after a little work everything was working as expected.


About the same time I managed to score another LCD TV, which I installed on my gaming desk. While the resolution isn’t particularly good the effect of having such a big screen in front of you is pretty awesome!